RLC in the Media: City squad set to stamp out illegal housing

The City of Sydney last week announced a dedicated squad and investigation to crack down on illegal accommodation across the city. While this announcement answers calls for action, the future of current tenants has been thrown into uncertainty. 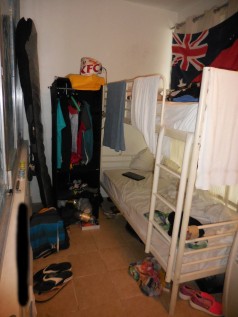 ​The City investigation squad is targeting illegal accommodation providers, and has executed 20 search warrants across the city since their establishment in March. There are currently 38 open investigations.

The Council is also running an education campaign across universities and other tertiary institutions to inform students about safe rental choices.

The City’s action is needed to address the dangerous and illegal accommodation, but Labor Councillor Linda Scott has called on Lord Mayor Clover Moore to “balance her heavy handed approach” and address the cause of the problem – housing affordability.

Clr Scott also said the City and the Lord Mayor needed to answer questions about where the people living in overcrowded circumstances will live once this action has been taken.

“We know that in the past, students at universities across the city are often the people who are living in these types of illegal accommodation and largely it’s because of the housing affordability crisis in Sydney,” she said.

The city’s problem with this overcrowded accommodation came to light mid last year when a fire uncovered one of these properties in the inner city. Since then, undercover investigations by several media outlets including City Hub located several of these properties and the dire living conditions of tenants.

Just last month, City Hub went undercover at a property in Ultimo where six bunks were placed against a narrow living room wall and all ten tenants shared the flat’s single bathroom.

The City investigation squad has already uncovered some dangerous living situations, including people sleeping in laundries and bathrooms and one three-bedroom house with 58 beds.

Zane Butler is a first year student at the University of Technology Sydney from Port Stephens. Mr Butler lives in UTS’ student accommodation and pays $238 a week for an eight-share apartment.

While this figure represents the price of legal student accommodation in the inner city, it is substantially higher than  the approximate $150 per week charged for a bed in some of the illegal apartments.

Mr Butler said that if he had to leave his accommodation he would probably have to move back in with his parents at Port Stephens, away from his studies, until he could secure a new place.

“[Securing new accommodation] would be really difficult, as there’s really nothing like UTS housing in terms of price and convenience,” he said.

But not all tenants have the option to move back home if they lose their accommodation, a problem that resonates with those who find themselves in illegal accommodation, often young travellers and students.

A City of Sydney spokesperson told City Hub that the City’s Health and Building unit provides information to residents “who will potentially be made homeless by compliance actions”.

“A sheet outlining contact details for crisis accommodation providers and other support services is currently being condensed to business card-sized info cards, with the same information translated into 10 different languages,” the spokesperson said.

On the City’s unauthorised accommodation webpage there is also a link on “How to get help”, which lists several contacts, including the Redfern Legal Centre and Tenants NSW.

The City has also invested in 224 affordable housing units in four separate sites, according to the spokesperson.

“Combining current and proposed projects that support affordable housing, the City’s investment is nearly $20 million, but much more is needed,” the spokesperson said.

Last year, Sydney was ranked as the third least affordable city in the Demographia International Housing Affordability Survey – a rank Senator Lee Rhiannon noted in a speech to Parliament on housing affordability. Ms Rhiannon also cited a Fairfax-Ipsos poll, which found that 80 percent of Sydney siders believe housing in Sydney is unaffordable.

Clr Scott said the City needs to do better, but the supply of new housing was not the only way to create more affordable housing.

“The City has sold over $70 million worth of property in the 11 years that Lord Mayor has been in office and $37 million in the last year alone. Some of this should be put back into addressing affordable housing in the City of Sydney,” she said.