A Sydney college allegedly enrolled a social security recipient in a $28,000 course after convincing her that the hairdressing management diploma — funded under VET Fee-Help loans — was free. 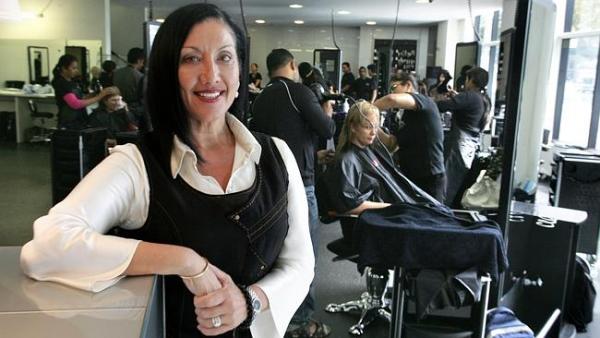 A Senate inquiry has heard that the woman subsequently attempted to withdraw from the course, and never attended classes. But when she processed her tax return she discovered that she had been saddled with a VET Fee-Help debt of close to $30,000.

The claims emerged during a Sydney hearing of the Senate inquiry into private vocational education and training providers. They are the latest in a series of allegations that Australasian College Broadway has misused federal VET funding.

VET commentators, already reeling from harsh funding cuts at the state level, increasingly are concerned about spiralling VET Fee-Help debts. The Senate education committee is examining the operation of the scheme and the access private colleges have to public funding.

The committee is also looking into the regulatory regime under which private colleges operate, course quality, marketing style, and “incidents or allegations of noncompliance”.

The Sydney hearing was told compliance issues in NSW were on the same scale as in Victoria, where more than 10,000 privately delivered qualifications had been withdrawn recently over quality concerns.

“We have seen a deliberate targeting of acutely vulnerable people, particularly those living in high-density public housing in the Redfern-Waterloo area of inner Sydney,” solicitor William Dwyer told the committee.

Mr Dwyer said the problem was “endemic”, estimating that at least 10,000 Sydneysiders had been subjected to unconscionable marketing. “Many more people (may) realise some time in the future that they have incurred this debt,” he said.

Principal solicitor Elizabeth Morley said one of her clients had discussed training at Australasian College while she was there for a free haircut.

“She wanted to do hairdressing … but she had to take the salon management course with it. They told her that she would not have to pay, that it would be government-funded. She never attended. There was considerable hardship in her life around that time. (She) was not aware of the debt until she had gone to do her tax. My client was completely traumatised.”

Ms Morley acknowledged that Australasian College had waived the debt once Redfern Legal Centre intervened. “However, she had approached them (herself) and had not been able to get a satisfactory outcome.”

A solicitor for Australasian College rejected the allegations, saying the student had been fully informed of the costs and had signed a document to that effect. He said the college had waived the debt because of the student’s circumstances.

“Consistent with our client’s policies and its culture over many years of treating fairly any enrolled student, the student’s course fee was refunded. There was clearly no legal obligation to refund.”

Ms Morley told the HES the application to have the debt waived had been made under the VET Fee-Help scheme’s “extreme hardship” provision, but that the application also had cited unconscionable dealings.

Australasian College is among several colleges accused of peddling VET Fee-Help-funded courses to people ill-equipped for training, including sole parents and people with mental illness. The inner-city Sydney college also has been the subject of at least four submissions to the inquiry.

Media reports claim Austral­asian College signed up unsuitable students, stymied their attempts to withdraw and produced graduates so unskilled that they had to retrain at TAFE. The college has rejected these allegations, describing them as fabrications by vindictive former staff and students.

Founding director Maureen Houssein-Mustafa said the claims were a “tragedy”, and privacy provisions had tied the college’s hands. “We have no protections against these false assertions,” she said.