RLC’s Dr Linda Tucker and Sean Stimson explain why international students are fearful of speaking out about workplace exploitation, and propose an innovative law reform-based solution. 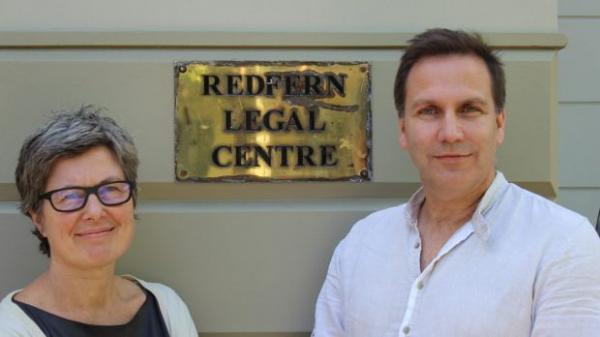 Another week, another expose of shocking exploitation of vulnerable migrant workers. Last Saturday’s report from the Sydney Morning Herald’s Adele Ferguson (‘Australia’s slave trade is hiding in plain sight’, March 25-26, 2017) told the story of Pawanjeet Heir who had to ‘work for free’ and then even paid her boss so as not to be deported. Our international student and employment practices at Redfern Legal Centre are inundated with similar reports of extraordinary workplace abuses of workers on 457 or student visas, in both small and large workplaces.

All this on the heels of the 2016 Senate Report A National Disgrace: The Exploitation of Temporary Work Visa Holders (‘the Senate Report’), which was replete with examples of workplace exploitation and abuse across the country. The Report also cited the many previous inquiries and reports on issues surrounding workers on temporary visas.

A depressingly regular feature of this practice is that our clients, fearing repercussions for their visa status, do not press for entitlements claims. Based on our experience in this area, and drawing on the expert evidence to the Senate Inquiry, we now propose a law reform measure, which goes to the heart of this issue.

Many international students who face serious exploitation at work are constrained from taking action if they have worked over their 40 hour per fortnight visa condition, the breach of which is a clear threat to their visa status.

The focus of our proposal is to address unscrupulous employment practices and exploitation of vulnerable employees who are very unlikely to report breaches of workplace laws as they risk their visa status.

… one of the key points emphasised by several submitters and witnesses were the draconian consequences under the Migration Act that flowed from a temporary visa worker breaching a condition of their visa. The severity of the consequences was seen as a structural incentive for an employer to entice or coerce a temporary visa worker into breaching a condition of their visa in order to gain leverage over the worker.

We propose a decision making protocol which, in most cases, provides for a first and final warning so, if no further breach, a visa holder can continue with their studies and the integrity of workplace laws and conditions are maintained. This will also allow relevant agencies, including the Department of Immigration and Border Protection(DIBP), Fair Work Ombudsman (FWO) and Australian Federal Police (AFP), to be apprised of unscrupulous employers and labour hire companies and so buttress current and ongoing workplace investigations. We propose that this decision making protocol be in the form of a Ministerial Direction as made under s499 of the Act.

We have drawn on the submission of Associate Professor Joo-Cheong Tham to the Senate Inquiry, in which he proposed an amendment to the Migration Act 1958 (the Act) at section 116 and 235 (see the Senate Report at [8.56]ff). We propose that such provisions could be incorporated into a Ministerial Direction.

Section 499(1) of the Act empowers the Minister for Immigration and Border Protection (the Minister) to give written directions to a person or body having functions or powers under the Act, if the directions are about the performance of those functions or the exercise of those powers. These directions must be consistent with the Act and the Migration Regulations 1994, and they must be tabled in Parliament after they are given by the Minister. A Ministerial direction made under s499 is binding on a DIBP delegate as:

Given their nature, section 499 Directions are generally used where the performance of a function (or the exercise of a power) under the Act is of critical importance to the integrity of Government policy to ensure that all ministerial delegates consistently weigh or take into account relevant matters and/or that specified procedures are followed consistently by ministerial delegates.

While there are current DIBP instructions (referred to as PAM3 instructions) which delegates may use in visa decision-making (including specific visa cancellation instructions), these PAM3 instructions do not hold the same weight as a Ministerial Direction, nor are they as transparent as a Direction, which is required to be tabled in Parliament. For this reason, we propose that a new Ministerial Direction be issued to provide guidance as to appropriate matters to be taken into consideration in the exercise of the discretion whether to cancel a student visas for non-compliance with conditions 8104 or 8105. We would see great benefit in such a Direction on the basis that it:
a.    Would provide greater transparency as to the visa cancellation process and the factors that a delegate will take into account within the context of exercising the legislative discretion whether to cancel the student’s visa under s116(1)(b) of the Act, and
b.    Would be binding at both primary decision and merits review decision level.

A depressingly regular feature of this practice is that our clients, fearing repercussions for their visa status, do not press for entitlements claims. Based on our experience in this area, and drawing on the expert evidence to the Senate Inquiry, we now propose a law reform measure, which goes to the heart of this issue.

Where the DIBP is apprised of a student’s details in which there has been a breach of visa condition 8105, this will not trigger cancellation of the visa unless there has been serious non-compliance. In determining whether this is the case, the decision maker could have regard to factors such as:

Further, we propose the reference to ‘conduct of others’ would take into account the relative bargaining position of the parties, including importing accepted contractual considerations such as duress, legality, consent. This would allow for relevant considerations to incorporate socio-economic, cultural, educational and other factors influencing the capacity of the visa holder to have consented to the employment contract.

To effect this decision making process, we also refer to Associate Professor Tham’s proposal for a warning system whereby a system of civil penalties modeled upon section 140Q(1) of the Migration Act is introduced. This provides for civil penalties when there is a failure to satisfy a sponsorship obligation by sponsoring employers. As the Senate Report notes, given a maximum of 60 penalty units applies to section 140Q(1), Associate Professor suggested a proportionate penalty for a breach by a visa-holder would be 5 penalty units.

Decision at first instance: presumption is in favour of the visa holder maintaining visa status and a warning will be issued.

i.    The presumption will be rebutted at first instance only in cases of extreme non-compliance
ii.    A single breach does not amount to serious non-compliance.
iii.    Multiple breaches occurring in a continuing course of conduct will be deemed as a single breach.

If a subsequent breach: cancellation where there has been serious non-compliance. The first warning is a relevant consideration – as per conditions set out above. (See also recommendations 22, 23 and 24 of the Senate Report.)

We have taken this proposal to many individuals and organisations working in this field and have had unanimous support. We have also submitted the proposal to the Federal Government’s Migration Review Taskforce and discussed it with the Taskforce chair, Allan Fels. We understand that there may be concerns on the part of government because of a perceived loosening up of the regime’s objective to ensure students attend the requisite hours at their education institutions.

Our proposal is not likely to open the floodgates for international students to throw in the studies in favour of unconstrained employment. Contraventions will still be subject to regulatory action, including warnings and penalties and still a possibility of visa cancellation where there is a subsequent breach.

The National Code requires education providers to have documented policies and procedures for recording the attendance and course progression of each international student. The students are expected to achieve a minimum of 70%-80% attendance. Where there is a breach and the student cannot satisfy internal review processes, the education provider must report to the Secretary of the Department of Education the cancellation of the student’s enrolment. Students are given an opportunity to explain their situation to the Department of Immigration, as well as an opportunity to enrol in an alternative course or return to their home country. A breach of student visa condition 8202 may result in cancellation of the student’s visa.

We consider that our proposal in fact will discourage the current extensive breaches of the visa regime by providing a safer framework for exploited workers to go on the record about their circumstances. It is more likely to ensure the workplace rights of international students are implemented, complied with and enforced, by facilitating safe and secure reporting of breaches of Australian law.

All the inquiries, reviews, reports and recommendations into protecting vulnerable migrant workers will not strike at the heart of this shameful workplace abuse as long as employers can wield threats of deportation against those who dare to complain.

As international students flock back, they face even worse housing struggles than before COVID

Australia is welcoming back international students in much greater numbers this year. Some predict new enrolments in 2023 could even be higher than the pre-COVID record in 2019.

WARNING: GRAPHIC CONTENT. A 14-year-old Indigenous boy who was hospitalised with head injuries after an encounter with NSW Police officers in September is fighting to have an upcoming hearing examining the officers’ conduct open to the public.

Legal Centres Call For All Fines To Be Cancelled, Existing Fines Regime To Be Reviewed

The NSW Government’s ‘law and order’ response to the pandemic created significant fines debt and damaged community-police relations in some of the most disadvantaged parts of the state, according to a new UNSW Law School report.