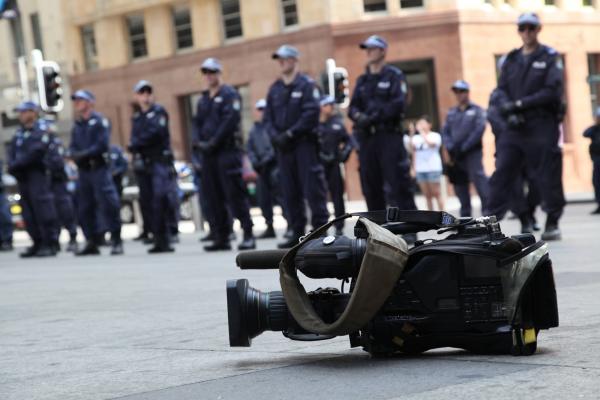 RLC is concerned about the potential for the new legislation to place unjustified restrictions on public gatherings and the right to protest in public places.

Like the legislation they superseded, the new laws give the state government sweeping powers to ban or disperse public gatherings, including rallies and protests, on Crown land. The Crown estate covers 42 per cent of NSW, and includes roads, parks and beaches, as well as community halls and town squares.

Under the Act, police are granted broad powers to stop people from carrying out a range of prescribed activities on Crown land. Activities which may be prohibited include:

Penalties have also been increased under the new legislation, with individuals facing fines of up to $1100 for failing to comply with a direction.

Unlike general move-on directions under the Law Enforcement (Powers and Responsibilities) Act (‘LEPRA’), there are no preconditions for the exercise of the police power under the new legislation – such as a requirement for police to form a reasonable suspicion that a person’s presence in a public place is for the purposes of committing a criminal offence, or harassing another person, before issuing a direction.

Nor does the new Act come with a built-in safeguard, such as the limitation in LEPRA which prevents police from issuing directions in relation to an apparently genuine demonstration, protest, or organised assembly if it poses no serious risk or obstruction. RLC is alarmed that the Act grants police a potentially unfettered discretion to break up public gatherings, and has the potential to criminalise legitimate acts of public protest.

The new legislation follows amendments that were rushed through in August last year to effect the immediate dismantling of the Martin Place “tent city” homeless camp, and the 2016 anti-protest laws which conferred additional powers on police to stop, search, detain, and seize property from protesters.

These legislative amendments by the state government represent a worrying trend towards broad and unconstrained powers for police, and increasing restrictions on civil liberties in NSW.