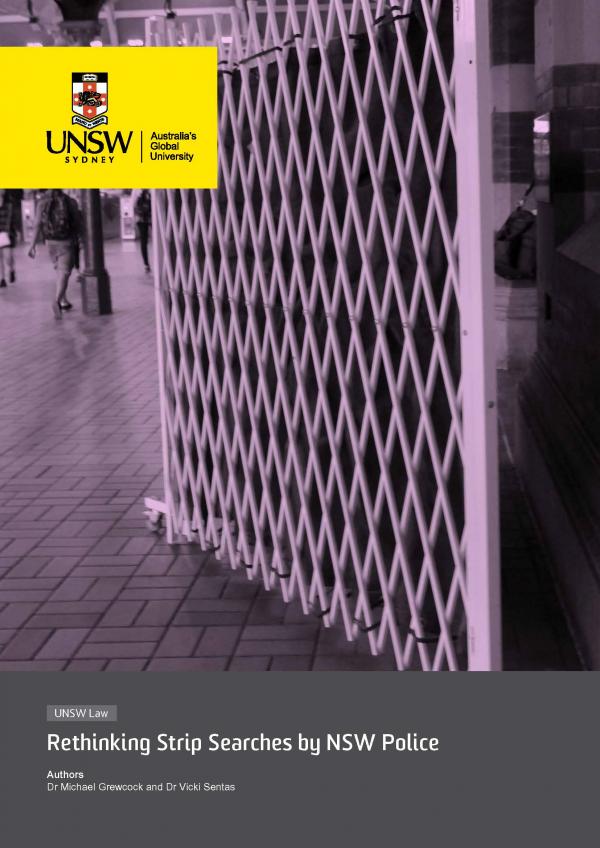 The Rethinking Strip Searches by NSW Police report, commissioned by RLC, and prepared by UNSW Law academics Dr Michael Grewcock and Dr Vicki Sentas, says that the law is failing to provide police with clear guidance on conducting this invasive search procedure.

“A strip search is the most invasive form of personal search available to police without a court order,” Dr Sentas says. “Yet over the past decade we have seen the number of strip searches continue to rise. Our findings reveal such searches are doing little to tackle serious drug crime.”

Dr Sentas says the lack of publicly available data on strip searches, and on the exercise of police powers more broadly, is a major barrier to public accountability. “NSW Police are able to record and release comprehensive data on the use of strip searches, and it is in the public interest that they do so immediately, as a first step to achieving greater transparency and guidance to protect the public,” she says.

The first report of its kind in Australia, Rethinking Strip Searches by NSW Police looks at the operation of strip search laws across the country, exploring concerns around safeguards and transparency, and highlighting opportunities for law reform.

Dr Michael Grewcock says that broadly defined thresholds in the law are a key cause of the increase in unlawful and unnecessary strip searches by police. “Our research suggests that NSW Police are using strip searches routinely with little regard for the law and their own internal guidelines,” Dr Grewcock says. “We need greater transparency and accountability regarding these practices.”

RLC police powers solicitor, Samantha Lee, says the extraordinary rise in strip searches signifies the law is not being applied as parliament intended – as a last resort. “Strip searches are an invasive, humiliating and harmful process, and as such, should be only used in exceptional circumstances when no other alternative is available,” Ms Lee says.

Dr Vicki Sentas says most strip searches yield nothing of evidential value but can have a traumatic effect on the person searched.

“Saturation policing with sniffer dogs at music festivals and railway stations or forcing teenagers to remove their clothes in the back of police vans does not make the community safer,” she says. “We need a serious discussion about how best to reform the law so that the police cannot abuse their powers.”

The UNSW report was commissioned as part of Redfern Legal Centre’s Safe and Sound campaign. 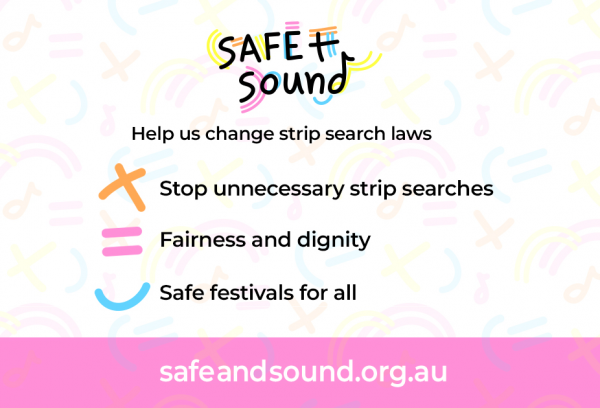