RLC in the Media: Stripped Down

Redfern Legal Centre holds forum to discuss the increasing use of strip searches in NSW. 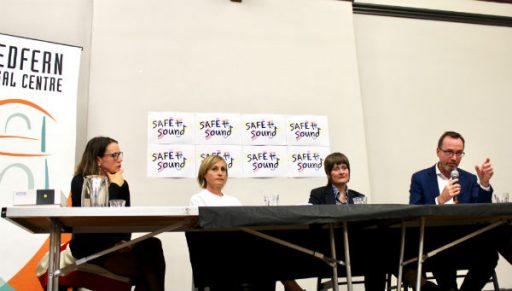 Legal experts, political representatives and strip-search victims came together in a panel discussion held by Redfern Legal Centre to discuss the details of strip search law, the excessive use of police power and the impacts of increased strip-search procedures on vulnerable communities.

Samantha Lee kicked off the panel by explaining why the “Safe and Sound” campaign had been conceived.

“A lot of people who were strip-searched came into the clinic [Redfern Legal Centre] and as far as we were concerned, they had not been strip-searched according to law,” Ms Lee explained.

“We’d also realised that police had traumatised a number of our clients and we were concerned about the harm that was being created in the community through this policing practice.”

Ms Lee said that the campaign emphasises the need for a policing approach that minimises harm: “We want people to be safe and protected and for police to be approachable. This is the main aim of the campaign.”

“When we talk about any discretionary power, we should acknowledge that the community that bears the brunt of it – whether it’s in Redfern or Campbelltown or Blacktown – is always first nations people,” Mr Shoebridge said.

Pamphlets outlining what constitutes a legal strip-search and when police are violating their powers were also provided at the event.