RLC in the Media: Renting in Sydney: Are rent caps and longer leases needed to tame rising tide of housing stress?

As the housing affordability debate rages around buyers in Sydney, a big chunk of people are quietly pondering the reality of renting for life. And for many, it’s going to be painful. 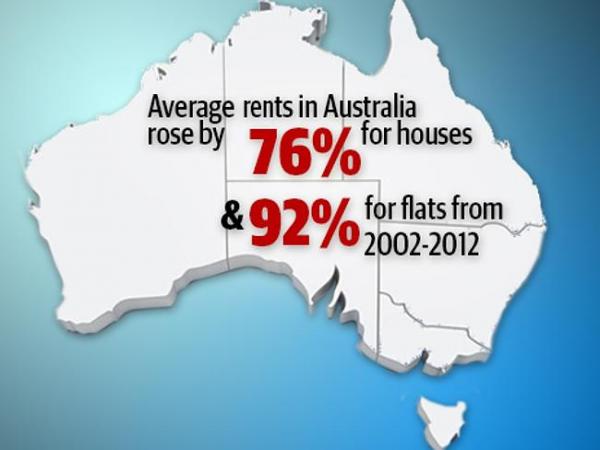 Rents in Australia have been rising since 2002. Image: Daily Telegraph

About 30 per cent of Sydney’s population are tenants with the number tipped to rise as more people find themselves unable to enter the housing market.

And those who can’t buy face a future of escalating rents.

Sydney’s rental market is already a precarious place with the latest jump in median house rents hitting an all-time high of $530 a week.

Leases are typically short followed by month-to-month arrangements, eviction is at the landlord’s whim and tenants are vulnerable to arbitrary rent increases above market value.

And in a highly competitive market, finding a new place isn’t easy.

Contending with this insecurity is a growing number of people nearing retirement age and a rising number of families with children who could become a large policy problem for governments as they will require potentially substantial housing support.

While many global cities are grappling with housing affordability, Australia’s tenancy laws have failed to catch up with the shift to long-term renting and tenant protection remains among the weakest in the developed world.

Legislation is weighted in favour of investors and landlords and the result is a lack of security in rental housing compared to North American and European countries, which have stronger protections including rent control. 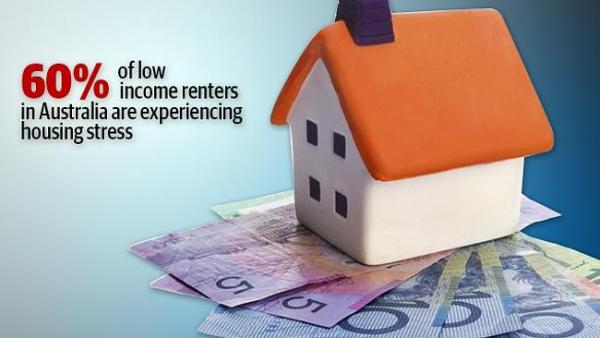 For low and middle income earners who can’t get out of renting, the future will be tough if their housing costs continue to rise. Image: Daily Telegraph

In Sydney’s rental market, where demand outstrips supply, skyrocketing property prices and an unprecedented level of investment have added fuel to the fire.

An ACOSS report on housing affordability this year stated that Australia’s over-reliance on small investors chasing quick capital gains to provide rental housing was one of the main reasons that tenancies were shorter and less stable than in other countries. Tenants as a result face a 25 per cent chance of having to move within 12 months.

With the State Government set to review the NSW Tenancy Act and a bill going before parliament to cap rents in Sydney, it’s time to take a look at the future of renting.

Life on the tenancy treadmill

“There is a lot of fear among many renters that renting at retirement age will actually mean homelessness,” says researcher Angela Ballard.

“There is a very large cohort of people in this category, mostly middle aged women who may have been single, mothers, casualised (workers), who have never been able to get sufficient savings or stable income to get into the property market. Nor do they have sufficient superannuation.”

How they will meet rising housing costs under a pension system geared towards homeowners is uncertain as the shrinking public housing sector offered little relief. 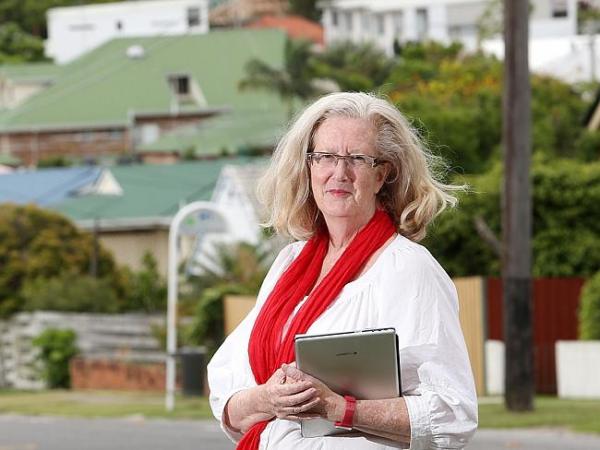 It’s not just older tenants feeling anxious either. Ms Ballard, who is trawling through hundreds of renters’ stories for her Renters at Home doctoral research project said there was a general sense of insecurity in “turbocharged” property markets where speculative investment was rife.

“When investors are buying and selling properties over short periods, the impact on renters is they get moved on much more readily, they don’t get a chance to settle.

“So renters don’t get to participate in place-based community as much as homeowners mainly because they find it difficult to put down roots as they never know how long they can stay.

“This has consequences down the track for everyone but especially renting families with children. Having to move house, school, neighbourhood every 6-12 months is challenging for anyone.” 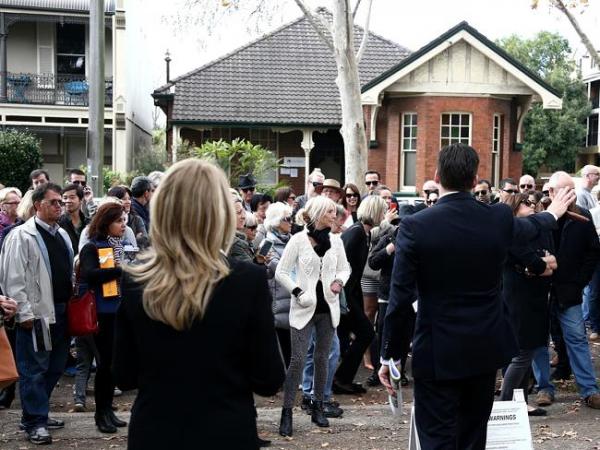 Researcher Angela Ballard says keeping renters in place when an investment property is sold was among policy ideas worth considering. “It is clear though that the system has swung too far in favour of investors”. Photo: Tim Hunter, Daily Telegraph

And while renters were building wealth for others, they were getting few opportunities to influence decisions impacting their daily lives and futures, even down to their ability to hang pictures or change the wall colour.

“The financial supports in our system through tax, negative gearing ... for the most part, all the benefits are flowing to those already housed. The renters are generally missing out.

“Housing is recognised as basic to human security. It would seem we need renters’ voices as a reality check on the levels of basic security for people in Australia as well as a check on the ‘fair go’ factor in our society.” 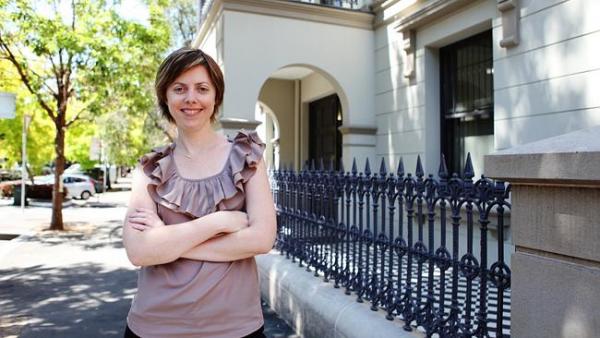 Is it time to reform tenancy laws?

Few countries have short-term private tenancies that can be terminated without grounds, as in Australia.

“If the tenant hasn’t done anything wrong and the landlord doesn’t have a good reason for needing that house back, then really there shouldn’t be no-grounds evictions,” she said.

She said housing stress was increasing in Sydney’s rental market and more people were living in overcrowded accommodation. There had also been a rise in ‘head tenants’ where vulnerable subtenants with few rights are crammed into overcrowded properties and charged high rents.

She welcomed a proposal by Greens MP Jenny Leong to limit rent increases to once a year and cap increases in line with the Consumer Price Index (currently 2-3 per cent a year). 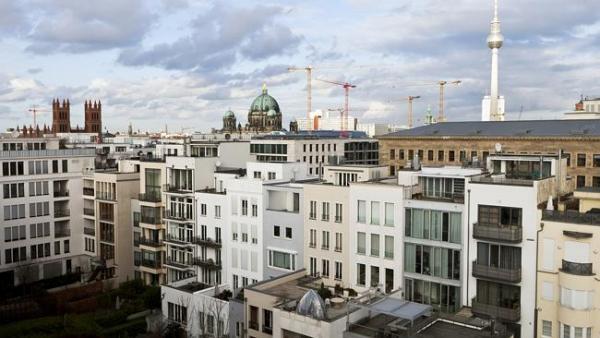 One reason rent control passed in Berlin may be because more people rent than own in Germany, so tenants have voting power and many wealthy, empowered people in their ranks. Photo: Alexa Vachon, Daily Telegraph

A similar “rental price brake” was introduced in Berlin last month to halt the city’s rents, which had increased by more than 9 per cent in a year.

“That’s the first time any political party has put that on their platform, I know slowly there’s been increased debate about housing affordability but as far as renters’ rights, I don’t think that’s really been seen before,” Ms Swinburne said.

“I do think we need to look at something that makes things more equitable and looks at having shelter as a right.

“It’s very difficult for a tenant to argue that a rental increase is excessive at the tribunal because the onus is on the tenant and they have to go out and prove it’s above the general market level. If everyone’s just putting rent up however they want, then that market is whatever it says it is.” 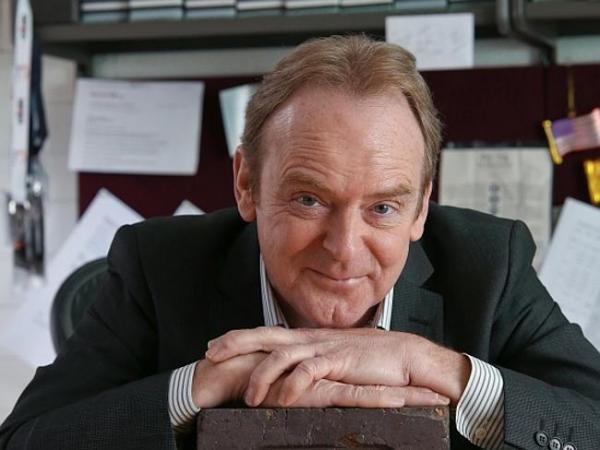 Professor Bill Randolph says it’s the structure of how we produce rental housing which results in the turnover and insecurity for tenants, and more long term institutional investment could foster more secure tenure. Photo: Daily Telegraph

Home ownership ain’t what it used to be

Director of the City Futures Research Centre at UNSW, Professor Bill Randolph, said the way housing markets had twisted young people, low and middle income earners out of home ownership had been profound and would not change without policy shifts.

“You need to have a general recognition that the times are a changing, that home ownership isn’t what it used to be and it’s no longer what it used to be for a large proportion of the population and we need to change our policy settings to actually try to get outcomes that are more appropriate over the long term,” he said.

“Just saying I want house prices to rise because I’ve got a house, or go out and get yourself a job with a good salary. … we live in a flexible labour market, most of us especially gen Y don’t have that prospect.

“So I think over the next ten years you may well get a policy shift because things are happening out there which either side of politics will need to come to grips with.” 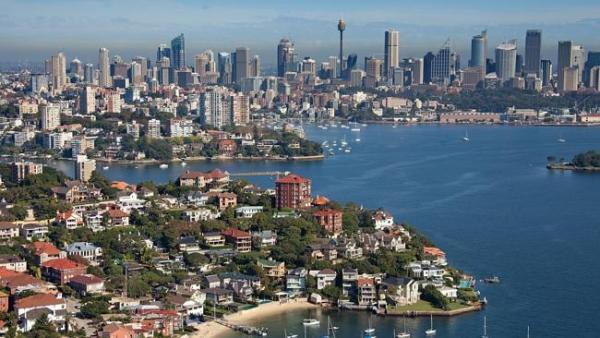 Tax breaks encourage speculative investment with an eye to capital gains rather than patient investment by institutions such as super funds to stabilise the rental property market, according to ACOSS. Photo: Ethan Rohloff

Encouraging more stable, long-term investment in rental housing through large institutions and super funds as in Germany, Austria and The Netherlands would go some way towards stabilising the market and providing more long-term secure tenure.

And strategies to entice small investors into affordable rental housing were another option, an example being the US low income housing tax credits system

“That means mums and dads (investors) get their return, they don’t have direct control of the house or property but they get their tax credit which they can then use to lower their tax liability, but it goes into affordable housing, so you could start to change things if the policy levers shifted.

But as property investment was now endemic among the middle class, business sector and even politicians, it’s certain to be a rocky road ahead.

“You have a lot of conflicts of interest long term, and I think that’s a real problem for us, we’re all implicated in this,” he said.

“There’ll be quite a lot of pain out there for people before we shift.” 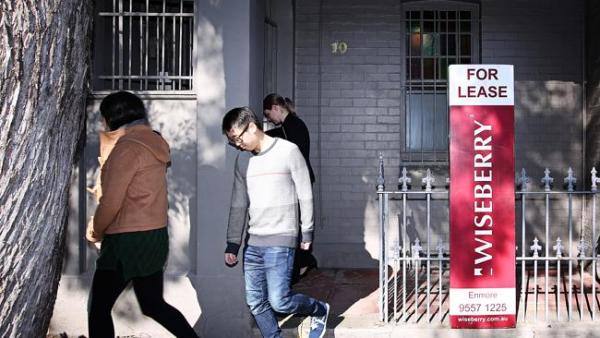 AS the pool of renters steadily rises, so will their clout and Anthony Ziebell, founder of Dontrentme.com, is leading the charge.

After a bad experience exiting a rental, Mr Ziebell, who runs a software development company, set up an online review site for tenants to vet properties, agents and landlords.

Not everyone in the industry has welcomed the site, but for tenants who have minutes to inspect a property they’ll spend $25,000 a year living in, it’s been welcomed.

Mr Zieball hopes the site will evolve beyond reviews into a place where tenants and landlords can resolve issues that currently stagnate in an inefficient and costly tribunal system. 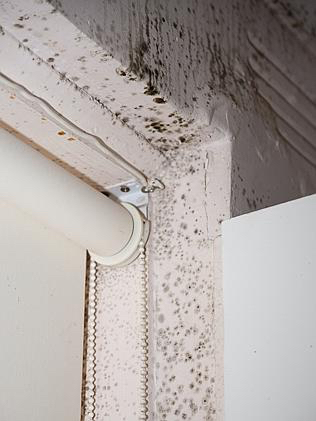 Mould and rising damp in a rental property is a common problem for many tenants. Photo: Daily Telegraph

“We get a lot of poor reviews about mould, ovens not working, no insulation and really freezing apartments and landlords who just show up without announcing it. The problem is there is legislation against it but enforcement of it is non-existent. You complain to the tribunal but it might take them six months to hear it. By that time you’ve lost your bond and moved on.” 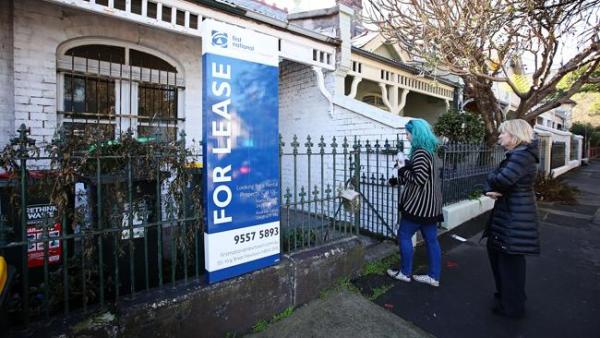 He also hopes landlords will begin to place greater value on long-term tenancies rather than using investment properties purely for wealth creation.

“Agents and landlords need to change the way they look at it, at the moment they’re not as commonly interested in long term tenants, they want to put the rent up every six months.