When a Sydney restaurant refused to pay Chris Tao for gruelling work as a kitchen hand, he wasn't sure where to turn for legal advice. 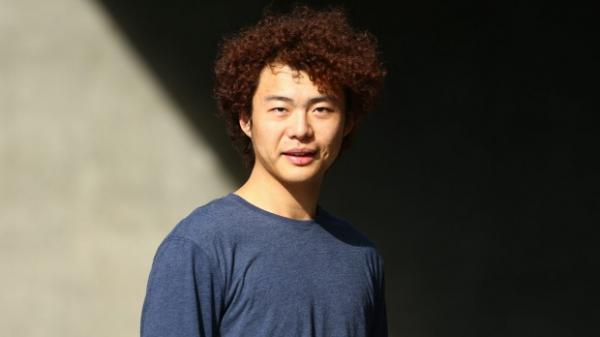 Jing Tao went to Redfern Legal Centre for help when a Sydney restaurant refused to pay him for work. Photo: Daniel Munoz

"A lot of the cases that we see, especially dealing with the exploitation of young students, are just preying on the fact that they don't know what the laws are," said Mr Tao's solicitor, Nicholas Ngai.

Mr Tao, a media and communications student at the University of Sydney, said international students often felt "a little bit scared" at work and did not know their rights.

Students like Mr Tao, along with hundreds of vulnerable Australians, could be turned away from community legal centres as a shortfall in funding plunges the sector into crisis.

Redfern Legal Centre has launched a public appeal for funds as it faces the prospect of shutting one day a week. The centre's chief executive, Joanna Shulman, said funding it previously received from state and federal family and community services departments and the NSW Office of Fair Trading had been cut in recent years.

The rest of the centre's funding comes from the NSW and Commonwealth Attorney-Generals' departments. Ms Shulman said federal funding in particular "hasn't risen to meet those losses" and a $290,000 funding shortfall loomed in the new financial year.

The Productivity Commission has recommended $200 million be added in yearly funding for legal assistance services. Instead, a sharp drop in funding for legal centres is expected from mid-2017, when funding will plummet from about $40 million a year to $30 million.

Redfern Legal Centre may be forced to shed two or three of the five lawyers in its general legal team and close its police powers, credit and debt, discrimination and employment law services.

National Association of Community Legal Centres chair Michael Smith said there was "a huge crisis in legal help out there and the government's mainly focused on how they reallocate the existing dollars."

Marrickville Legal Centre, which offers a unique NSW-wide service for vulnerable young people, is also under pressure. Principal solicitor Annette van Gent said "there isn't any way of cutting costs ... that wouldn't result in a reduction in staff."

A spokesman for federal Attorney-General George Brandis said the government was committed to "protecting the most vulnerable members of our community" by providing $1.3 billion over the next four years for front-line legal services for disadvantaged Australians and reversing a planned cut to extra funding for the next two years.

NSW Attorney-General Gabrielle Upton said she welcomed the fact that federal funding for community legal centres would remain stable for two years but noted it would "drop dramatically after that".

The state government was also "deeply concerned" about the Commonwealth's funding cuts for Legal Aid NSW and Aboriginal Legal Services next financial year.

"The Commonwealth is asking NSW to do more with less," Ms Upton said. She added that state and territory attorneys-general would meet their federal counterpart on Friday and "these funding issues are sure to come up in conversation".