RLC in the Media: The new bill that will strip NSW's most vulnerable of their housing rights

What if your landlord, depending on his mood, could boot you out of your house without a fair hearing? 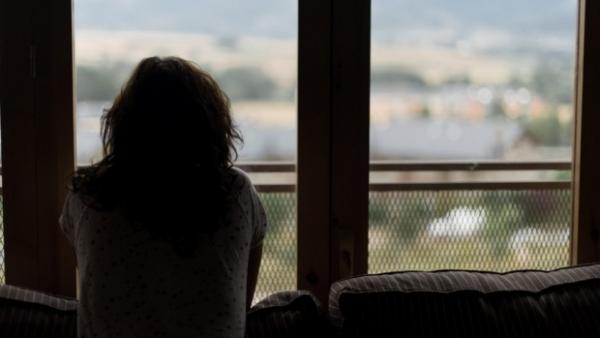 The name of this bill implies it will protect public housing tenants from antisocial behaviour. In reality, it will hurt those very people. Photo: Stocksy

That's unlikely to happen to those of us who have private leases – there are a whole raft of laws design to protect tenants. If you've got a problem with your private landlord or them with you, there is  a fair and transparent process to deal with it.

But it's exactly what could happen to the most marginalised people in NSW – and the legislation to enable it is right under our noses, introduced in a bill to NSW parliament last week.

It's got one of those sneaky names – the Residential Housing Legislation Amendment (Public Housing – Antisocial Behaviour) Bill 2015 – which is meant to imply that it will protect those who live in public housing from antisocial behaviour. In reality, it will also hurt those very people.

Officials will be able to issue what's called a strike notice – and then public housing residents will have just 14 days to respond to legalistic documents designed to disenfranchise the disadvantaged.

If residents don't respond in that fortnight, those strike notices will be taken as evidence, with no actual evidence. In fact, strike notices can also be issued after anonymous tipoffs - a recipe for cruelty and retaliation.

Just 14 days for those with low literacy, those for whom English is a mystery. Those with mental illness, those with intellectual disabilities, those who are so controlled by abusers they can't even open their own mail.

Three strikes and they will appear in front of a tribunal with no further opportunity to challenge the notices. Those notices can come fast and furious.

Our most vulnerable will be forced onto the streets in a state which has little refuge for those who are hurting; where refuges turn away the majority of those who need help.

Think that's an exaggeration? Let me introduce you to a woman who is too frightened to use her name. She was a victim of the one strike policy - where social housing landlords can make an application directly to the tribunal for certain serious police charges – without even waiting for conviction.

The frightened woman is in her mid-thirties and has a daughter who is about to enter year 11 at an inner Sydney school.

She was in rehab recovering from alcohol addiction when she met this bloke, also in rehab for drug abuse. They ended up in a relationship – which turned out to be exactly the wrong move. But you can't always tell whether someone's going to be good for you. You can't always tell. Straight away, he started staying over. Straight away, he started taking over.

Two years on, he was giving her heroin every morning. He controlled all the money, all the decisions. Sometimes he would withhold her prescription drugs if she didn't behave quite the way he wanted. This frightened woman was in such a bad place and knew her daughter would be better off with her mother.

"I didn't know but he was dealing drugs... I thought he was using but he kept denying it," she said.

Then he ended up in jail and she clawed her life back. Got clean. Got help from counsellors and caseworkers. Life was improving and she sought assistance in getting herself away from him. It was non-stop letter-writing and applications.

Then he got out of jail. Within a short while, he'd entwined himself in her life. Then the police came knocking. The man was charged with various drug-related offences and was convicted. He will be sentenced later this year. She too was charged with three counts of supplying – even though all she'd done was do as her partner instructed her to do.

"I got a letter one day saying I had to go to the tribunal... I knew my rent was up to date. The lady was very rude to me over the phone. She said, 'We don't have to tell you anything', and then hung up on the phone."

The short story is that the tribunal member recognised, with the help of Redfern Legal Centre, that she'd been abused doubly – once by her former partner and once by the process, which could have allowed her to be evicted because of her partner's behaviour.

The tribunal member understood that booting her out of her house would compound the punishment.

This frightened woman stood up.

"I had to make the decision to stand up and fight. It was the truth, everything that happened and I had to face up to the tribunal.

"I nearly lost my daughter, this time he nearly cost me my house. I've lost my chance of going back to work in the banking industry."

That's why it's really important that – before this Bill is passed – it builds in more protections for those like this frightened woman.

Sure, there will be an opportunity to challenge internally but Minister for Housing Brad Hazzard's office admits that even with those challenges, some residents will be forced to move out of where they live and wait to have their new application heard.

Good luck with that. The queue for public housing is long and those on it go from refuge to refuge, from couch to couch, cars and trains.

Do we really have to make things so hard for the vulnerable? Kimberley Mackenzie from Redfern Legal Centre says she and her colleagues think the current law is adequate to deal with breaches involving serious criminal conduct.

"The tribunal can and does terminate social housing tenancies in these circumstances. Removing the discretion of the tribunal takes away a vital safety net for vulnerable people."

Fortunately, the tribunal member in this case was able to consider the evidence before her and understand what happened to one frightened woman. That woman told me: "My daughter is a beautiful girl and goes to a great school. They know everything that's going on and have been so supportive."

Now it's the turn of the state government.