RLC in the Media: Illegal housing puts lives at risk

With Australia in the grip of a housing affordability crisis, those without a lot of cash have limited options when it comes to finding accommodation. 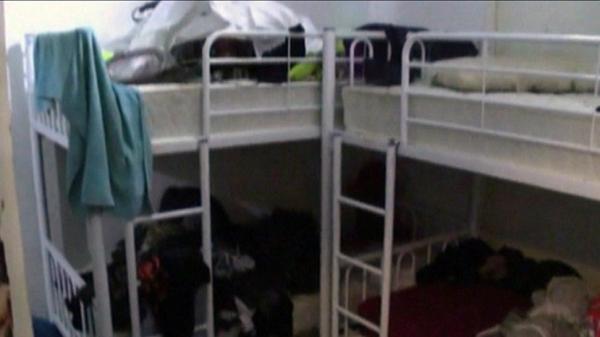 Watch the segement on Channel Ten's The Project.

Unfortunately, this has led to illegal rooming house operators stepping in to fill the gap, cramming up to 16 people into tiny, one bedroom apartments. And that’s putting the lives of tenants and others at risk.

“We’ve found people living in stairwells, in fire exits, indeed in pantries, laundries, where they’re just packed in with literally one foot of space around the beds,” says Roy Cottam.

“They charge per head per bed so it’s not on a room basis and that’s the big difference… so what we’re trying to do is to stop that,” Roy says.

Since being established in March, the team have executed more than 20 search warrants at sites across the city, but have also launched an educational campaign targeting universities and tertiary institutions to advise students about safe rental choices.

“When we’re going into some of these premises we’re finding that smoke detection devices are being cut off… there’s rubbish stacking up, rooms have been subdivided,” Roy adds. “So they’re all safety issues.”

Last November, a fire started on the balcony of a two-bedroom apartment in Melbourne’s Docklands, which investigators say was housing as many as 14 people.

“That fire spread really quickly, and it’s unprecedented from what we’ve seen before,” says Metropolitan Fire Brigade’s Adam Dalrymple, “from the 8th to the 23rd level in 11 minutes.

“With that amount of people the apartment isn’t designed to store a lot of material and the balconies are being used as storage areas and that increases the fire load.”

Fortunately no-one was killed in the fire. But advertising through online sites, dodgy operators are continuing to breach housing regulations with unregistered rooming houses.

Brazilian student Yngrid Cunha Dos Santos was paying $150 a week to share with seven others in a tiny Sydney apartment riddled with bed bugs. And when she tried to leave, the landlord stole her laptop and luggage and refused to return her bond.

With help from Redfern Legal Centre, orders were obtained under the Boarding Houses Act, awarding Yngrid $750 compensation. But it’s money she may never see, as she doesn’t even know the full name of the landlord.

“It’s very difficult to track him because everybody knows him as ‘Michael’,” says Yngrid.

“Landlords like this take advantage of students like her,” says Redfern Legal Centre’s Natalie Bradshaw, “and she was unaware that she needed to ask for ID and get any kind of details about him that would allow her to enforce those rights.”

But Natalie’s concerned that there is a need for affordable, short-term accommodation that the mainstream real estate market isn’t providing.

“The answer moving forward is to strike a balance between protecting vulnerable consumers and not completely harming an option that is essential to finding affordable accommodation.”