RLC in the Media: Game of Loans

Short of cash? Can't get a credit card? Can't get a bank loan? If you believe the ads from a new breed of short-term lenders you simply head for your local pawnshop, or even the internet, borrow the cash and move on. 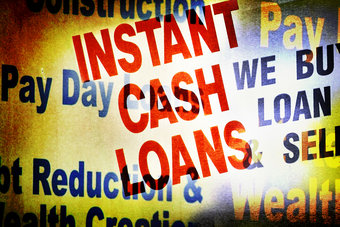 Watch the episode on the ABC Four Corners website.

That at least is the boast, but a growing number of people are finding, to their cost, they really don't know what they are signing up for - or the massive rates of interest being charged.

Payday lending is now a major business with some companies listed on the stock exchange. The industry defends itself, claiming it provides a service the banks aren't interested in delivering.

"There are 10 million Australians that don't have access to a credit card. Where are they going to get credit?" - Payday Lending Company CEO

But as Long tests this claim he uncovers a trail of misery, meeting people like Anna. A hard working mother of three, she took a short-term loan from a payday lender to buy her daughter's school computer. Borrowing the money was easy, too easy, and before long she borrowed more money, sinking ever deeper into debt.

Anna had discovered what thousands of other short-term borrowers already knew; the system encourages dependency and the windfall profits come not from any one loan but by sucking people into multiple loans, sometimes with effective interest rates of more than 300 percent.

The questionable practices don't end there. Reporter Stephen Long spoke to industry insiders who confirmed that lenders provided credit to heroin addicts, doling out loans at one end of the shop after the addicted person had pawned goods at the front desk.

In another case, a man suffering a brain injury was signed up to multiple loans even though he didn't understand the documents he was signing.

In 2013 the Federal Government tried to rein in the worst excesses of the industry with new legislation. After an intensive industry lobbying campaign the laws were watered down but still capped interest and establishment fees.

Despite this, a recent survey by the Australian Securities and Investments Commission reveals that two thirds of payday lenders were highly likely to breach credit laws relating to responsible lending. Some gave loans to people already in default while more than half issued loans to customers who already had multiple loans.

All the evidence suggests the industry is now expanding massively online. Will the authorities and Government act to control the industry mavericks?

Watch the episode on the ABC Four Corners website.