The scourge of domestic violence continues to rise in some of Sydney’s most affluent suburbs, with Rose Bay police confirming it received up to two calls on the matter each day. 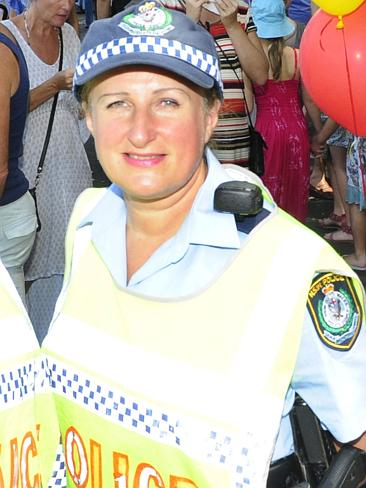 The latest Bureau of Crime Statistics and Research figures show the ratio of domestic assaults has increased annually in the Woollahra local government area since 2011.

The figures have prompted police to urge the community not to turn a blind eye to the issue, which is rife statewide, even in the most affluent areas.

“There is a perception that domestic violence occurs more in a lower socio-economic demographic and that is not true. It is comparable to other areas in Sydney,” Sen Const. Farrell said.

Sen Const. Farrell said it was partly because it was being reported more frequently.

Rose Bay commander Supt Brad Hodder said it occupied a lot of his time. “It is one of the more common things we deal with in this command and people need to be aware it will not be tolerated,” he said.

“We are pro-charging for domestic violence, at the very minimum we will give the person an apprehended violence order (AVO).”

The latest BOCSAR statistics for the March quarter show Blacktown had almost 2000 recorded domestic violence assaults in the year from March, 2014, while the eastern suburbs had 572.

While the rates in the east are far from the worst, it is a major concern for police.

Sophie Farrell, safety action meeting co-ordinator for the Waverley Domestic Violence Court Assistance Scheme, said 1900 women had been referred to their program in the 10 months since its inception.

Every time police attend a domestic incident, female victims are referred to Ms Farrell’s team, which calls every victim and conducts a victims risk assessment.

Of the 1900 referrals, 393 were deemed to be at serious threat and had to undergo safety action meetings.

These meetings are “for the most serious threat victims”, where they aim to improve a victim’s safety.

She said domestic violence was “about 40 per cent of police work, we get it across all different socio-economic groups”.

“The safety action meetings have been a really good development we are getting really good results, getting women rehoused, locks changed within a matter of hours, making sure kids are safe that they are aware of AVO conditions,” she said.

One victim, who was recently helped by Sen Const. Farrell and Rose Bay Command spoke about the stigma associated with domestic violence in the east.

“You don’t think this sort of stuff happens in higher socio-economic areas and this is the thing I really struggled with. I was bawling my eyes out I was so embarrassed, I hid it, I felt embarrassed, because this doesn’t happen in the eastern suburbs, is so degrading,” she said.

“But Catherine (Farrell) told me that it is very prevalent in affluent areas.”