Festivalgoers who were strip searched by New South Wales Police at Splendour in the Grass could be entitled to tens of thousands in compensation, class action investigators say.

Redfern Legal Centre and Slater and Gordon Lawyers on Tuesday announced a class action investigation into the alleged unlawful police searches at the popular music festival near Byron Bay from 2016 to 2019.

They believe the impacted revellers could qualify for substantial compensation, with those affected by “serious breaches” potentially entitled to tens of thousands of dollars each.

An appeal has now been issued for the impacted attendees.

“A class action is a legal means for a group of people to come together to call out an unlawful and damaging practice in a way that is easy to participate because it is largely anonymous and risk-free,” Ms Goodstone said.

“This ground-breaking class action will seek redress for the many people subjected to invasive and traumatic searches.

“We also hope this test case will pave the way for a series of cases focusing on other locations or music festivals, and importantly, help stop unlawful police searches in NSW.”

Slater and Gordon Senior Associate Dr Ebony Birchall said they believe “hundreds of people” who attended the music festival over the four years “may have been subject to unlawful searches”.

“An unlawful police search is classified by law as an assault and gives rise to compensation,” she said.

The class action investigators want to hear from revellers if: 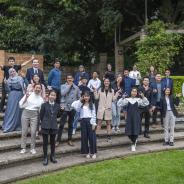