RLC and the Economic Abuse Reference Group (EARG) made a number of written submissions to parliament expressing grave concerns about proposed government reforms to responsible lending. 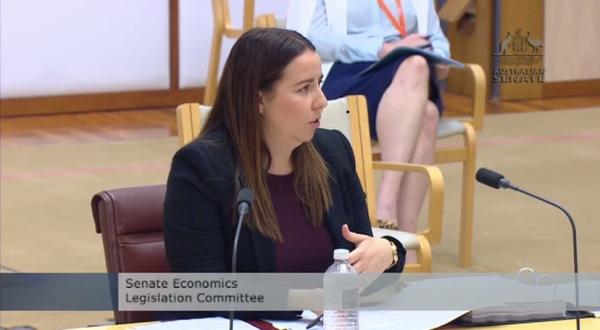 On Friday 26 February 2021, members of the Economic Abuse Reference Group (EARG) appeared before the Senate Economics Legislation Committee to discuss the impact of responsible lending reforms for victim-survivors of economic abuse.

RLC’s Financial Abuse Service NSW coordinates the EARG chapter in NSW. RLC and EARG have made a number of written submissions to parliament expressing grave concerns about proposed government reforms to responsible lending.

The parliamentary inquiry was the result of advocacy by RLC and a coalition of more than 100 other concerned organisations, in response to the September 2020 announcement by government about plans to wind back responsible lending protections.

"Our position is we already have a law that works... We are strongly of the view that we should not be weakening the current system," RLC's Financial Abuse NSW team leader, Laura Bianchi said.

What you can do

In March, an open letter against the changes was delivered to parliament signed by over 33,000 people and 125 organisations, including RLC.

Parliament is now anticipated to vote on the Bill in May.  The more community sector voices the crossbench Senators hear from, the greater chance they will block the legislation. Visit the ‘Stop the Debt Disaster’ website to learn how you can help stop the removal of these important protections.

Key Senators to voice your opposition to this Bill are below:

Find RLC's submissions, along with the Economic Abuse Reference Group's submission, below.

Debbie* was in her late 50s when she separated from her partner of over 10 years. Her partner was a gambler and exercised control over all areas of her life, refused to allow her to access to their bank accounts and forced her to live off a small allowance. Any resistance was met with severe violence and her allowance being cut off.

When Debbie separated from her partner, she discovered that the home they previously owned outright had been almost entirely mortgaged through successive loans. The current lender was threatening to repossess her home as the mortgage was in arrears.

Debbie was pressured by her partner to quickly sell the home, leaving her with next to nothing once the mortgage was discharged.

Debbie was homeless and struggling to survive when she sought help from Redfern Legal Centre. Debbie was shocked to learn the amount of debt her partner had put her in. When Debbie read the joint loan application, she identified that her partner had understated their living expenses and failed to disclose their liabilities.

Debbie recalled that throughout their relationship her partner would get her to sign papers that she was not allowed to read or ask questions about. She had no recollection of ever speaking to the lender directly. Despite Debbie being on the title for the secured property and jointly and severally liable for the mortgage, the lender’s records noted they never attempted to contact Debbie about the mortgage application, or ask what the money would be used for.

Debbie’s lawyers assisted her to make complaints on the basis that the lenders had not correctly applied the responsible lending laws, specifically that they had failed to make inquiries about the information in the application or consider Debbie’s requirements and objectives for the loan, given she did not receive any benefit.

On this basis, Debbie’s lawyers were able to successfully negotiate compensation and a fair resolution that allowed Debbie to start a new life, independent from her abuser.

*Name has been changed