One of RLC's longest serving volunteers is the formidable Margaret Jones. At 91 years of age, Margaret is still serving her local community. In May 2018, in recognition of her dedication, she received the 2018 Counterpoint Founder's Choice Award.

As was typical for many Irish Catholic working class families of her time, Margaret was removed from school at the young age of 14 and sent out to work to support her family.

After cutting her teeth as a ‘Girl Friday’ in law offices during the 1940s, without any formal legal training, Margaret embarked on a long and successful career as a managing clerk at various Sydney law firms.

She first joined Redfern Legal Centre in 1977 as an evening volunteer office manager, while holding down a busy career as a managing legal clerk. She later went on to volunteer at other social justice organisations, including Welfare Rights Centre.

An ardent feminist and self-described “lesbian separatist”, Margaret has always marched to the beat of her own drum. She has remained at the forefront of social change politics in Australia, advocating for women’s liberation, the union moment, LGBT rights and championing the achievements of women in public life.

Retiring at age 60, Margaret showed no signs of slowing down. She immediately took up an arts degree at Macquarie University where she specialised in women’s studies, studying alongside political luminaries including Sally McManus and Tania Plibersek, MP.

She is also the biggest contributor of nominations to the Ernie Awards for Sexist Behaviour, and is responsible for the most wins in the award’s history – earning her the unofficial title of “Queen of the Ernies”. 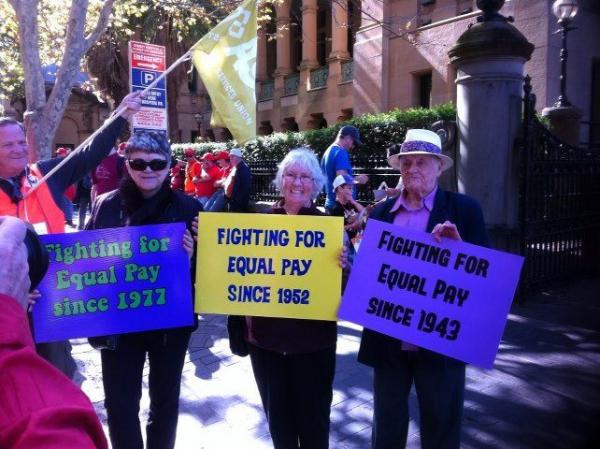 In 2006, Margaret returned to RLC. For the last 12 years she has worked tirelessly on our front desk every Tuesday and Thursday, helping vulnerable clients step through our intake process, as well as being a mainstay of our extremely busy JP service.

Our staff and volunteers have come to depend on Margaret’s many talents, including her razor-sharp proof reading skills (“Has Margaret checked this yet?”), her flamboyant, no-nonsense approach, and her immense knowledge of Australia’s legal and political scene.

This month during National Volunteer Week, Margaret was awarded the Founders’ Choice Award during the 2018 Redern and Waterloo volunteer Awards, for over 12 years of dedicated service to our community. The award recognises Margaret’s tireless volunteering work and her continued advocacy for social justice issues. 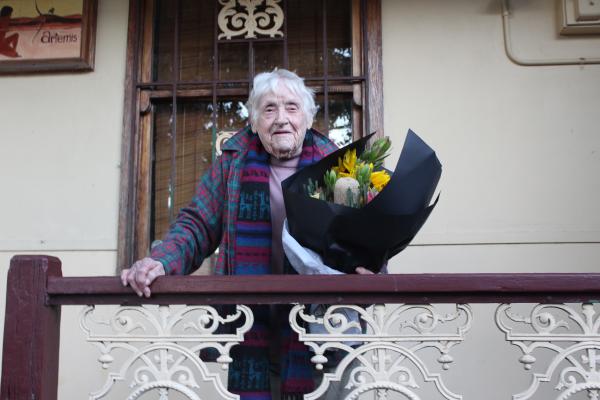 We are all immensely proud of Margaret's many achievements and are incredibly grateful for her continued service to RLC!