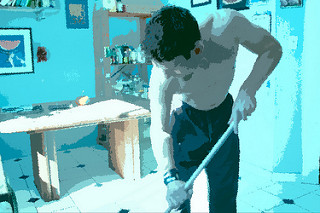 Jack is an international student who came from Nepal to study in Australia. While studying, Jack began working as a cleaner at a cleaning company. Jack’s employer paid him at an hourly rate of $15 cash-in-hand, and did not contribute to his superannuation fund. Jake’s wages were paid at irregular intervals, and the employer failed to provide Jack payslips as required by law.

After working for the employer for nearly five months,  Jack was no longer receiving any payment. Jack estimated that he was owed $3,800 in unpaid wages. Jack sought legal advice and assistance from RLC. He was given information about his rights as an employee, including his right to receive payslips from his employer, and to be paid the minimum wage set out in the Cleaning Service Award 2009

RLC helped Jack to calculate the correct amount of wages he should have received, as well as what he was actually paid and what he was still owed. This underpayment totalled $16,758.93.

RLC is assisting Jack to negotiate a settlement with his former employer.

RLC is aware that there are at least another ten international Students employed by the same cleaning company who are in a similar situation, but are too fearful to come forward

* not his real name