Redfern Legal Centre has joined forces with law firm Slater and Gordon, calling on people to register their interest in a class actions against NSW Police concerning its use of  invasive searches, including strip searches.

In 2017, Becca was strip-searched at a music festival when she was 22 years old. She has experienced lasting trauma as a result. In May, she bravely spoke publicly about her ordeal for the first time, launching RLC and Slater and Gordon's class action investigation into unlawful stop searches in NSW.

Becca, a 22-year old traveller on a working holiday visa, had been living in Australia for around 15 months when she attended the 2017 Lost Paradise festival on the Central Coast of NSW.

As Becca stood with her friends waiting to enter the festival, two NSW Police officers were walking up and down the line with a sniffer dog. As they walked past Becca, the dog sat down next to her.

The officers told Becca they suspected she was carrying an illegal substance and asked her to consent to a search.

“I felt I had no choice but to comply, otherwise I’d be left stranded in the middle of nowhere, with no way of getting home,” Becca said.

Becca knew she hadn’t done anything wrong but felt incredibly nervous. She didn’t know much about the law, and had not had her rights explained to her.

A male police officer handed Becca over to a female officer to be searched and said: "Go easy on her, I don’t think she’s got anything on her."

Becca was led into a police transit van to be searched. The windshield had been left uncovered and she could see three male police officers standing just outside.

The female officer asked Becca to lift up her top. Becca told the officer that she wasn’t wearing a bra. The officer followed Becca's gaze around to the male officers outside and said, "Just do it quickly".

The officer asked Becca if she was on her period, and when she said yes, told her: "We still have to do this." 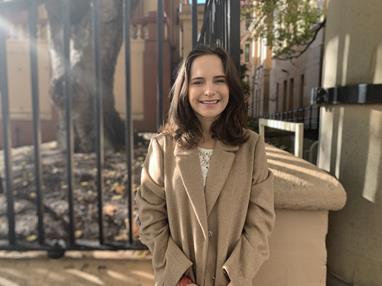 Becca was then directed to drop, squat and cough. The female officer looked underneath her and peered at her tampon.

“I felt numb all over,” Becca said.

“I was just so aware that people could look in. My main concern was the male police officers being so close at the time. There was no real privacy… It just felt very perverted, to be honest.”

"I had done nothing wrong. I felt violated like I was just another body and not a human being," she said.

After she left the van, Becca returned to her friends and began sobbing uncontrollably. That night she coped with the trauma by drinking.

"My anxiety got much worse after I was strip-searched,"  Becca said.

"I’ve never spoken publicly about what happened before because I didn’t want to relive the trauma. I also didn’t think there was anyone I could tell."

If something like this has happened to you, register your interest in participating and share your story today: www.slatergordon.com.au/stripsearch