Millers Point residents have complained of feeling ‘bullied’ and ‘harassed’ and continue to fear losing their homes in wake of the state government’s announcement last week that more properties were being sold. 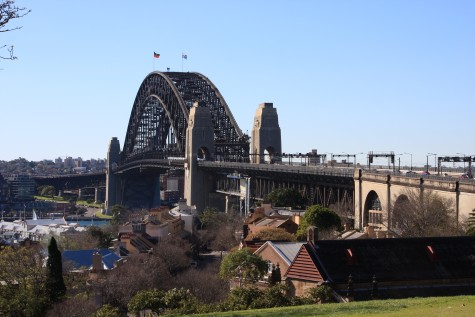 The Family and Community Services (FACS) Department is currently working with tenants to relocate them to other housing communities as more auctions are scheduled to take place.

Barney Gardner, a member of the Millers Point, Dawes Point and the Rocks Housing Tenants Group believes the way in which current residents are being treated is morally wrong.

He outlined a number of cases where “harassment tactics” were being used by security guards patrolling the residences.

“Why do they have to come into an empty property next to the elderly and start slamming doors well into the night?” Mr Gardner said.

“There were also two incidents where tenants challenged the security when they tried to get into their screen door.”

He also told City Hub of incidents where leaf blowers were used in the hallways, describing them as “a form of intimidation” to current residents.

A FACS spokesperson confirmed in a statement that “FACS has also received complaints about security officers making noise and disturbing people when entering properties to complete checks on the properties late at night. The security staff have been reminded to be as quiet as possible as some properties are still occupied in the area.”

According to the FACS, SNP Security, the company patrolling the area has been briefed about the precinct and they “are aware that older people reside in the local area”.

She did not confirm any cases of harassment but said “tenants who live there have a right to peace, comfort and privacy and any interference to those would be a breach of that right”.

As part of the relocation process, FACS has a policy where each tenant is interviewed individually, their needs are assessed and a new home is found accordingly.

John McInerney, Chairmain of the Millers Point Resident Action Group said he believes most of the tenants have been offered reasonable alternatives.

But after community consultation he said most of the remaining residents are scared of being bullied out.

The auctioning off of Millers Point housing has pushed its residents straight to the top of the NSW housing list which Mr McInerney describes as being “immoral”.

“It’s unfair to all others on the housing list,” he said.

Mr Gardner agreed and also said, “housing is bending over backwards to try and get us out but for people like myself this is where I’ve been all my life and this is where I want to stay”.

The reasonable housing alternatives appeal to current residents because they are usually bigger than the spaces they have been living in according to Mr Gardner.

He believes most residents agree to these new places because they fear if they don’t take what is offered they will be evicted or left with less appealing options.

These ongoing auctions in Millers Point and The Rocks are part of the NSW Government’s initiative to reinvest proceeds from the sales into the construction of over 1,500 new social housing dwellings across Sydney and Regional NSW.

But the 130 tenants who have remained at the Millers Point housing residences are still hopeful of a positive outcome from a recent proposal submitted to the Minister for Family and Community Services Brad Hazzard.

“We asked him to reconsider evicting a number of the remaining Millers Point residents who are old, disabled or have lived in the area for years,” she said.

“He was sympathetic, but stressed that Cabinet had already made its decision. Regardless, he said he would consider what we had said and come back to us.”

Mr Hazzard’s predecessors did not meet with advocates for Millers Point housing residents.

Mr Gardner and Mr McInerney are both members of the Community Working Party and continue to advocate suggesting “there’s enough room for them” to stay at Millers Point while the government could continue to sell off the larger houses.

“Why can’t the poor live with the rich? Keep the diversity, there’s plenty of dwellings,” Mr Gardner said.

Mr Newman announced the sale of three more properties from Millers Point for a total of $5.4 million last week, bringing the total to 19 properties generating more than $43 million.