RLC in the Media: Housing tenants say enough is enough

Public housing tenants in Surry Hills are fed up with anti-social behavior and alleged illegal activity occurring in their buildings by their neighbours and guests. 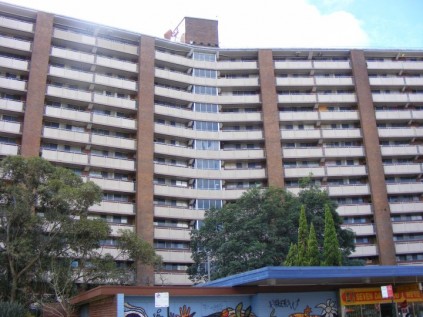 Locals from the John Northcott and the Pottery Housing Estates have notified Housing NSW of their concerns about drug dealing on their housing premises.

The tenant’s complaints have been redirected to the police as they are considered criminal activities and an investigation needs to be undertaken.

But tenants said nothing has been done to stop the drug dealing in their community.

“They say it is very hard to get search warrants, they seem powerless to act,” the member said.

A Department of Family and Community Services (FACS) spokesperson confirmed they had received a complaint regarding alleged drug dealing in Surry Hills.

“This information has been passed on to the Surry Hills Police. FACS are working with the police to assist them with their investigation,” the spokesperson said.

City of Sydney councillor Irene Doutney lives in public housing and said it’s common for a building to have at least one drug dealer living in it.

“A number of people have been evicted for dealing from my building over the last few years,” she said.

She also said it was a standard practice with Housing NSW to tell tenants to report any illegal activity to the local police and to keep a file of all incidents with the police incident number.

Ms Doutney said that she could understand the tenants’ frustration because the “police take months or years to build a case against a rogue tenant and for this reason it appears that nothing is being done”.

When tenants are approved for public housing, they have rights and responsibilities which they have to meet under the Residential Tenancies Act 2010.

The SHTA member suggested going back to the foundations of housing and re-evaluating the type of groups that had been housed together.

Clr Doutney shared similar views saying that “in recent years we have seen an influx of people with special needs and this has changed the nature of much public housing”.

“We need diversity in housing with a greater mix of people and housing tenures.”

The crackdown would welcome a “one-strike policy for those who seriously breach their tenancy agreement, so the NSW Civil and Administrative Tribunal (NCAT) must terminate a tenancy where it is proven that the individual has committed certain serious criminal offences – including serious drug crimes,” according to a statement by FACS.

A FACS spokesperson confirmed the NSW Government is introducing a “one strike and you are out” policy but did not specify when.

“The policy will require NCAT to terminate tenancies where there has been serious illegal behaviour and will also introduce a new probationary tenancy for tenants to demonstrate that they will abide by the terms of their tenancy before they are given a long lease,” the spokesperson said.

The SHTA member welcomed the policy and said, “I believe that ‘one strike rule’ should be brought in and enforced, because there seems to be no such thing as a breach of tenancy”.

The “one strike and you are out policy” has received scepticism from people concerned that it may cause homelessness for tenants who are in need of secure housing.

Redfern Legal Centre Tenancy Coordinator, Jacqui Swineburne, said there needs to be a lot of discretion built into policies to ensure that all the relevant circumstances are taken into account and policies are not applied too harshly.

“This is a very significant consequence and so it is vital that any decision to evict someone for breaching their tenancy agreement is proven at the Tribunal with evidence and a right to respond to that evidence.”

Other forms of security have recently been introduced by FACS in some public housing buildings in attempt to prevent anti-social behaviour and illegal activity.