RLC welcomes the finalisation of the Victorian Royal Commission into Family Violence report. 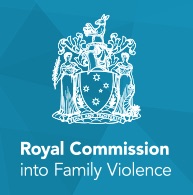 The report follows an arduous 13-month inquiry that intended to investigate ways to lessen and ultimately prevent the future incidence of family violence.

The Royal Commission heard evidence from agencies involved in providing domestic violence services, including interviews with Redfern Legal Centre’s Sydney Women’s Domestic Violence Court Advocacy Service, and received submissions from 220 victims. The final report makes 227 recommendations, all of which Premier Daniel Andrews has said he will endeavour to implement.

Some of the main recommendations are as follows:

Following the release of the report, the Victorian government immediately committed an initial $572 million to begin addressing the most urgent areas of need, including crisis accommodation:

" We are very grateful ... many of those who contributed to our work have been directly or indirectly affected by family violence and we thank them for their courage and insight. "

The full report from the Royal Commission into Family Violence is available to view here.