Economic abuse in the spotlight at coercive control inquiry

This week, members of the Economic Reference Group NSW (EARG NSW), appeared before a NSW Parliamentary inquiry into coercive control.

Coercive control is a pattern of abusive behaviours which removes freedom autonomy and agency from the victim-survivor, usually occurring alongside other forms of domestic and family violence, including economic abuse.

EARG representatives who spoke at the inquiry included Gayatri Nair from RLC's Financial Abuse Service NSW and Rebecca Glenn from the Centre for Women’s Economic Safety. 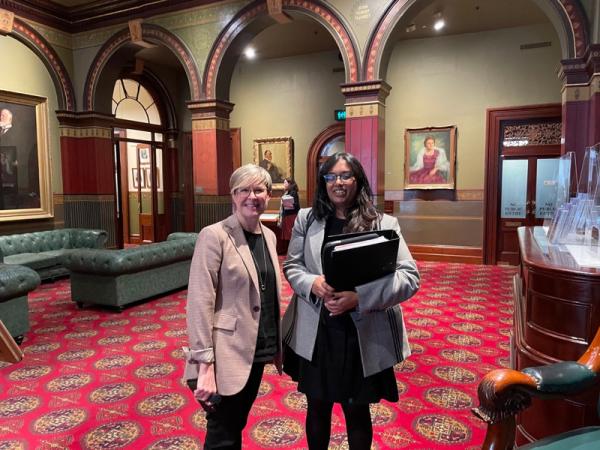 Gayatri Nair told the inquiry that that New South Wales is the only jurisdiction in Australia that doesn't recognise economic abuse as a form of domestic violence.

"EARG NSW members are of the view that coercive control, which should include economic abuse, should be recognised as domestic and family violence," Ms Nair said. "We have serious concerns, however, that introducing a law so quickly to criminalise coercive control will not necessarily achieve better outcomes for the clients we serve.

"However, if NSW does decide to introduce coercive control we would welcome the definition of economic abuse within that in any subsequent changes to laws and policies.”

Ms Nair explained that EARG NSW is calling for robust consultation on the issue, combined with funding for education and prevention to raise awareness and address the impact of coercive control, particularly in regional and remote areas

Rebecca Glenn echoed this sentiment, stating that "significant and ongoing investment in education" is needed if new laws are to be introduced.

"Many of the women that I speak to talk about a poor police response that they've experienced and that they are being taunted by the perpetrator afterwards: 'Go ahead, call the police, you know, they're not going to do anything'.

"And so I think we need to be mindful that this very committee is a social response to people who are experiencing or perpetrating domestic and family violence," Ms Glenn concluded.